For some time the same questions keep being asked, so maybe this is my answer to that ever pending question. Is their life after death and if so to what extent?

Researched cases of past life experiences clearly point to life after death. In my radio days I know for a fact, listening to some past life cases, their stories told were compelling and for the most part were to be seen as openly incredible and darned right interesting.

The questions do remain how ever, if their is a Hell and Heaven, is their another plain of existence? where do we go when we are dead, when the soul leaves our body? Do we return as something else, another life form, would it be a higher or lower life form?

Some have argued that immortality is a New Testament idea. But the Old Testament prophet Daniel spoke of a day when those who sleep in the dust of the earth will be resurrected, some to life and some to everlasting shame (Daniel 12:1-3). An author of the Psalms also spoke of the afterlife. In the 73rd Psalm a man named Asaph described how he almost lost his faith in God when he considered how evil people prospered and the godly suffered. But then he said he went into the sanctuary of God. From the perspective of worship, he suddenly saw evil men standing on the slippery ground of their mortality. With new insight he confessed, “You will guide me with Your counsel, and afterward receive me to glory. Whom have I in heaven but You? And there is none upon earth that I desire besides You. My flesh and my heart fail; but God is the strength of my heart and my portion forever” (Psalms 73:24-26).

It’s a fascination with life that’s at the root of our fascination with death.  Do we live on in some sort of metaphysical way? Do we experience anything comparable to what we call ‘consciousness’?

What happens after we die? Are we snuffed out like lights, or do we continue to exist in some way?

Those are age-old questions, for sure. But a provocative new study on near-death experiences suggests that a brief version of “life after death” may be a reality.

For the study, researchers at the University of Southampton in England examined more than 2,000 cases of cardiac arrest from 15 hospitals across the U.K., the U.S., and Austria. They found that of 360 people who had been revived after experiencing cardiac arrest, about 40 percent of them had some sort of “awareness” during the period when they were “clinically dead.”

After interviewing a family last year, we learned that the mothers son had past life memories, of a burning house, specific details, that when interviewed the family stated there was no way the boy was ever anywhere near such a place. So one would ask how did he have such a vivid memory of events that took place?

Another outstanding link that should be read, is the below link by the great and well known D.R Ian Stevensen.

Perhaps Dr. Stevenson his work, he has chosen to write about will help to better understand children and their possible life after death cases.

Since the late Sixties Dr. Ian Stevenson, Carlson Professor of Psychiatry and Director or the Division of Personality Studies at the University of Virginia, has documented cases in India, Africa, the Near and Far East, Britain, the United States, and elsewhere in which young children have astonished their parents with precise details about the people they claim to have been. Some of these children have recognized former homes and neighborhoods as well as still-living friends and relatives. They have recalled events in their purported previous lives, including their often violent deaths. Sometimes their birthmarks resemble scars that correspond to wounds that led, they claim, to their deaths. 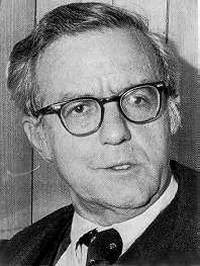 A well written book called Glimpsing Heaven,is a novel written of such stories. The author is Judy Bach Rach.